Papillomas are benign growths on the surface of the skin caused by the human papillomavirus. Outwardly, these formations are similar to moles, but they differ, firstly, in the nature of origin, and secondly, in their shape. Papillomas are always convex, they rise above the human skin on peculiar legs. This virus is transmitted by the contact method - through microcracks and wounds on the skin, sexually, in utero from mother to fetus. Papillomas can form in those places on the skin where friction often occurs (for example, by clothes), in folds, hormonal changes (pregnancy, menopause), periods of low immunity (after sunburn, illness, etc. ) are a frequent cause of their occurrence.

Externally, papillomas can be either very small or exceed a couple of centimeters in size, they are white or brown in color. They occur anywhere, but are more often found on the buttocks, on the face, in the armpits, on the genitals or on the neck.

The papilloma virus is constantly in the blood of a person and cannot be eliminated or treated. In a number of the above cases, it can be activated, which will lead to the emergence of new formations. And although their nature is non-oncogenic, when one papilloma occurs, very often daughter ones begin to grow around it, therefore, most often such neoplasms need to be removed.

These formations on the skin are not painful, but experts recommend removing them. The reason for such recommendations is the frequent damage to papillomas in the process of life (clothing, for example), which leads to the appearance of a wound through which many microorganisms penetrate into the body, leading to various unpleasant consequences - from scars during the healing period to inflammation of the lymph nodes (lymphadenitis).

When a papilloma is torn off, it must be treated with hydrogen peroxide, covered with a sterile gauze bandage and go to the clinic in order to remove the remnants. Removal is also recommended because some types of human papillomavirus can transform a neoplasm into a malignant tumor. This rarely happens, however, it does happen.

Therefore, in each case of a neoplasm, it is imperative to determine the type of virus that provoked it. After passing the tests, the doctor cleanses the skin and prescribes immunomodulatory treatment.

Modern clinics offer many methods of removing such neoplasms painlessly and quickly. As already mentioned, it is impossible to completely eliminate the human papillomavirus from the blood, but it is possible to reduce its activity with medication. To do this, immunologists prescribe targeted drug therapy to increase immunity. 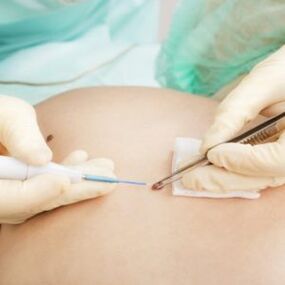 In total, modern medicine has 4 main ways to remove such neoplasms. These include:

Each patient can choose a method for removing papilloma independently, however, in modern medicine, excision using a laser is increasingly used. The laser beam is highly accurate and acts on the neoplasm without going beyond its actual boundaries and without injuring the adjacent healthy skin.

In addition, during the removal process, the laser is simultaneously capable of disinfecting the wound, which reduces the risk of infection. With laser removal of papillomas, the wound heals very quickly. After removal, there are no scars on the skin, the wound is covered with dry skin, which disappears in a couple of days, and after a month the color of the skin under the former papilloma completely coincides with the color of the skin around.

Cryotherapy or cryodestruction of neoplasms implies their destruction by freezing with liquid nitrogen. With numerous large papillomas, it is recommended to use this method.

Specialists apply a metal tip to the neoplasm, and within a second it is frozen with liquid nitrogen.

Reddening of the skin occurs around this place, in a week the skin rejects the frozen dead part, and the wound is completely healed and healed.

The patient does not experience painful sensations during cryotherapy. Only a slight feeling of coldness is possible during the operation. Scars after liquid nitrogen also do not remain, and the occurrence of infectious diseases is also excluded.

Sometimes people do not want to visit the hospital and try to remove papillomas on their own at home. This is not the best way to get rid of neoplasms, especially if the papilloma is located in the genital area, on the face or neck. 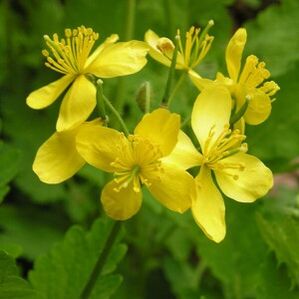 But there are also home methods for removing papillomas:

Using a pencil containing silver nitrate, you can cauterize the formation and the wound underneath. It is recommended to apply this tool pointwise and daily for a month. Of the negative aspects of the method of removing formations with a lapis pencil, experts highlight the fact that it is capable of causing burns and scarring of the skin.

The second home remedy for removing papillomas is celandine juice or powder. Its main properties are antimicrobial and antiviral effects on the processing site.

If you drip celandine juice daily on a neoplasm, then in a week it is completely burned out. The negative side of this procedure is also the high risk of burns.

The last effective method of home removal is the use of a potassium permanganate solution as a lotion on the affected area. The main disadvantage of this method is the length of the process - it can take more than a month from the beginning of the procedure to the complete disappearance of the papilloma.

With folk remedies, papillomas are removed using various plants that have antiviral properties. Decoctions or gruels are prepared from plants, which are subsequently applied to the lesion. These plants include:

Folk remedies are capable of reducing papilloma, however, the human papilloma virus will remain active, and in order to eliminate it, immunostimulating drugs will be needed, which only a doctor can prescribe.

Traditional healers suggest rubbing the formations with garlic several times during the day until they disappear themselves.

The second remedy against such a virus is considered to be the internal use of gruel, consisting of equal proportions of grated horseradish and honey. Taking twice a day for 1 tablespoon of such a remedy, the patient should lose all papillomas in a month.

This technique should be used carefully if there are problems with the gastrointestinal tract, since horseradish very aggressively affects its mucous membranes.

It can also be used to eliminate neoplasms and lotions from wormwood. They are recommended to be applied to the treatment site 2-3 times a day for 2-3 weeks.

Doctors recommend that all procedures for removing neoplasms be carried out very carefully at home, since it is easier to damage delicate and thin skin than to restore it later.

In areas where the skin needs careful care, experts do not recommend acting independently, but invite you to seek medical help.