Papillomas on the body: how to get rid of?

Papillomas on the body are benign formations caused by uncontrolled division of skin cells. They can appear on the skin throughout the body. Most often, neoplasms are localized on the neck, the edge of the lower eyelid, in the armpits, on the palms or soles of the feet, in the intimate area, etc. Their appearance is due to the active reproduction of the human papillomavirus (HPV), which can enter the human body for a certain period of time. period of inactivity until favorable conditions arise for him.

There are various types of papillomas, the shape and location of which depend on the type of virus that has infected the body. There are more than a hundred viruses of the Papovaviridae family. Most of them do not pose a risk to human health. But a certain group of pathogenic microorganisms can cause neoplasms that are capable of malignancy (malignancy - the degeneration of cells and the acquisition of the properties of a malignant tumor by them). It is possible to determine the type of papilloma virus only with the help of laboratory tests, the need for which is established by the doctor.

The infection can enter the body through sexual contact and household contact. Also, if a pregnant woman is a carrier of HPV, the infection can be transmitted to the child during childbirth. It is worth noting that there is a possibility of infection, both with natural delivery and with caesarean section. The papilloma virus from the moment of infection may not manifest itself in any way for several months and even years. A sharp decrease in immunity and hormonal changes can provoke an active reproduction of pathogenic microorganisms and the appearance of papillomas on the body.

What can be papillomas on the body? 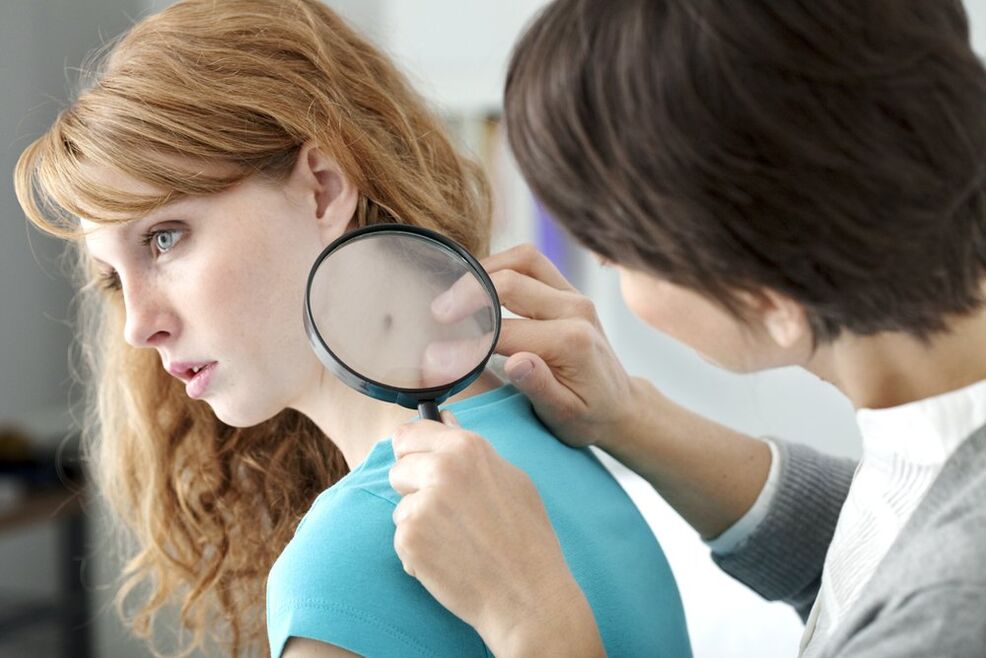 Local manifestations of papillomas on the body are the most common. The shape and localization of papillomas depends on the type of pathogenic microorganisms that provoked their development. Often, neoplasms on exposed skin are observed in children and adolescents. In people with severe immunodeficiency, lesions may be multiple. The papillomavirus of various types can lead to the appearance of:

Quite often, papilloma in the form of a "mushroom" can be observed on the skin of the body. Neoplasms of a cone-like shape on a thin stalk are localized, as a rule, in the area of \u200b\u200bthe armpits or on the neck.

Is it worth it to remove neoplasms caused by the papillomavirus?

Papillomas on the body are mostly not a health hazard. But there are a number of factors that can radically change the situation, namely:

Neoplasms on the body and face can create psychological discomfort, but they can be removed only after visiting a doctor and passing all the necessary examinations.

Removal of papillomas on the advice of a doctor

HPV treatment inhibits the virus in the body and prevents the appearance of new papillomas on the body. But already existing neoplasms should be removed. There are several methods for removing papillomas, differing from each other in different efficiency:

Before removing the papilloma, you must carefully listen to the doctor's advice and undergo appropriate examinations. It is also worth remembering that the removal of papillomas at home is strictly prohibited. Such manipulations can aggravate the situation and lead to inflammation or infection of the area where the neoplasm is located.